Madelyn was watching the news the day before our shoot, which was originally intended for a local park, and heard that it snowed up in the mountains. She sent me a text saying, "Call me crazy..but..what do you think about taking the pictures in the snow..?" I sent her a text back that read, "You're CRAZY!" but only because she told me to call her that. Honestly, I had been wanting to take pictures in the snow for awhile, so we decided on the snowy mountains of Wrightwood, California last minute, and I am so glad we did.

The funny thing is, from where we live, the mountains did not seem to be covered with snow. So our team drove out dressed like it was going to be 50-60 degrees with a few patches of snow here and there. Little did we know, on the other side of the mountain, the area we drove to was covered in snow and it was closer to 20 degrees. I did not bring a pair of gloves, so my hands were frozen to my camera! Our videographer Joel came with us to film their Love Story, and was freezing, it was hilarious. We all had a great time, and captured some beautiful photos of Julio and Madelyn. They were both so easy to work with, and I give them props for enduring the cold weather.

Check out some of the images we captured during their session: 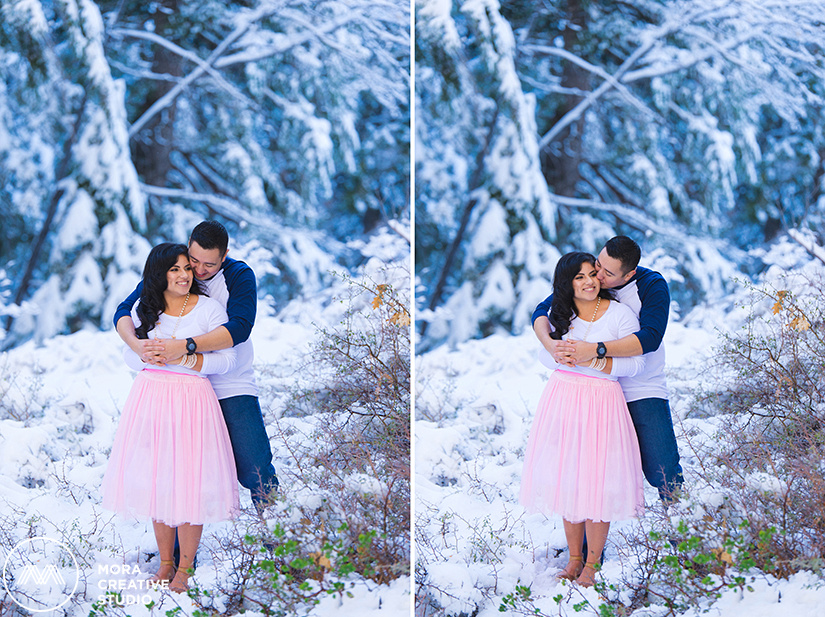 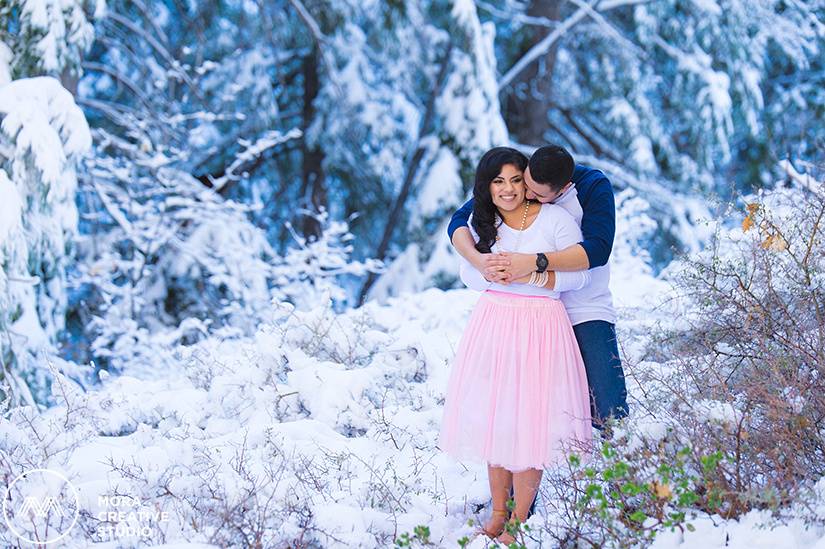 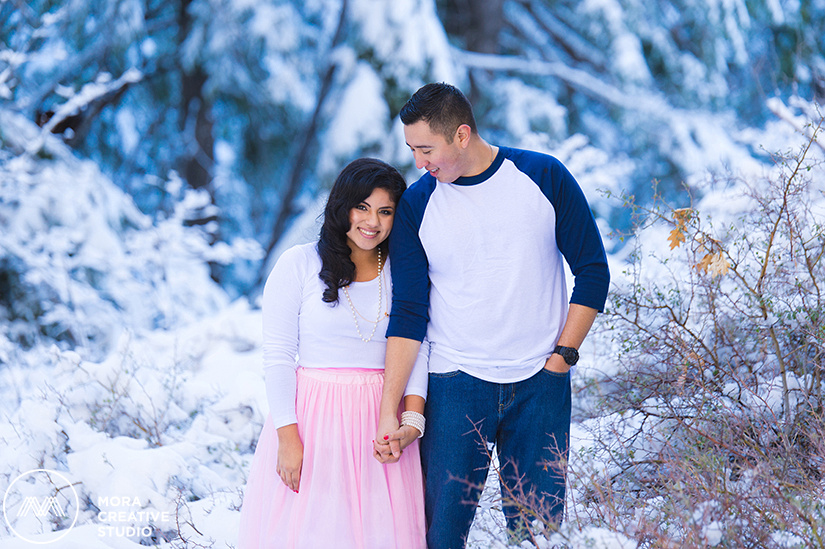 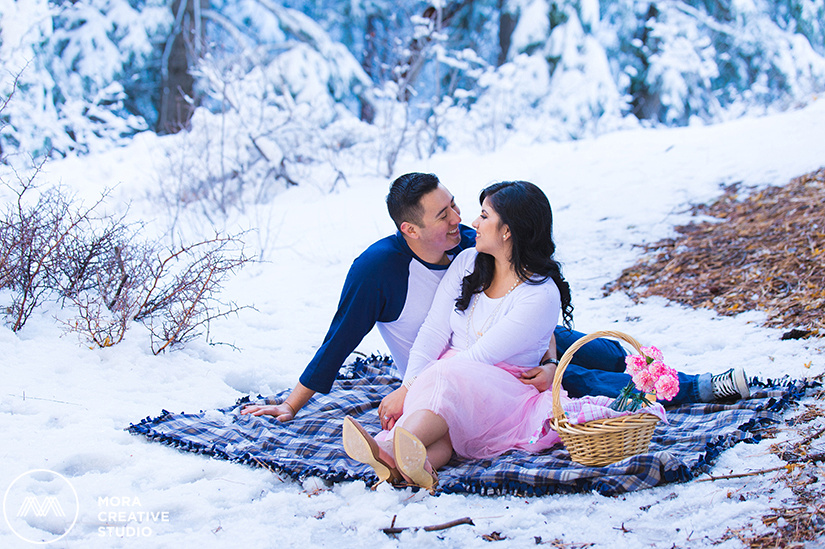 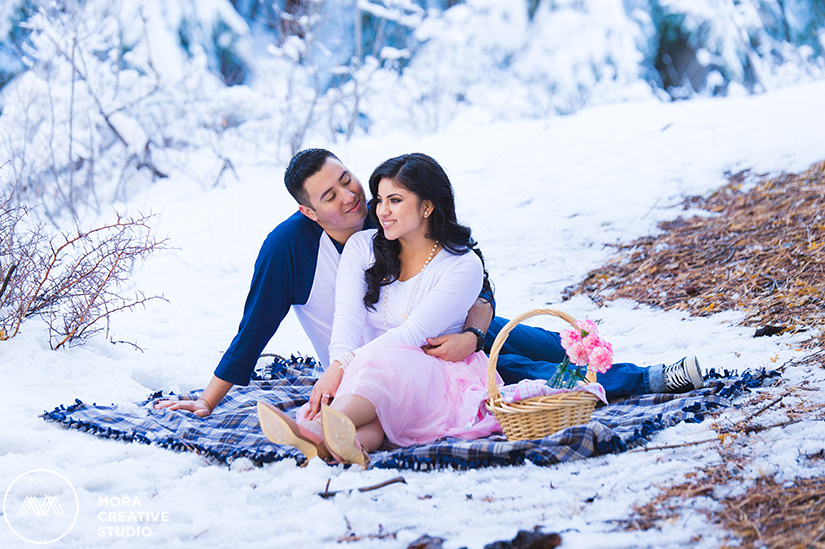 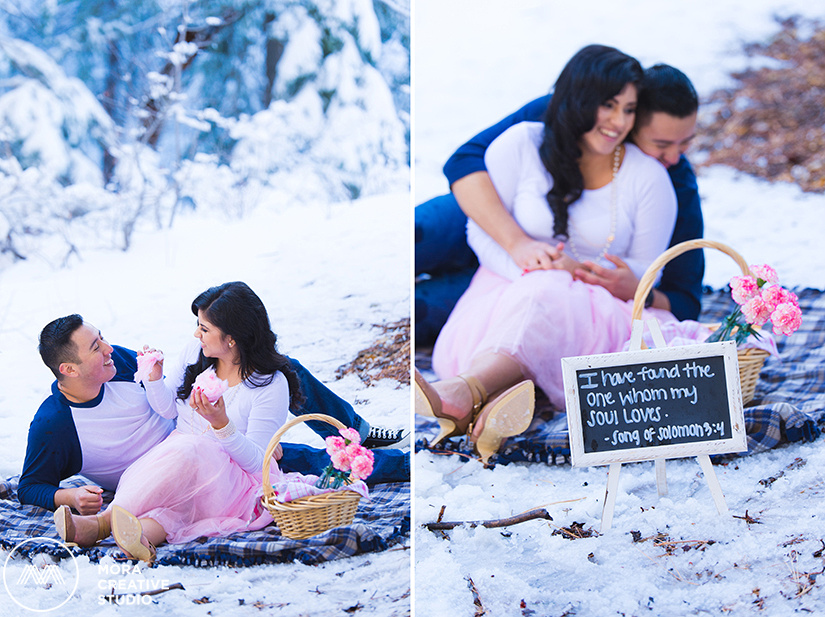 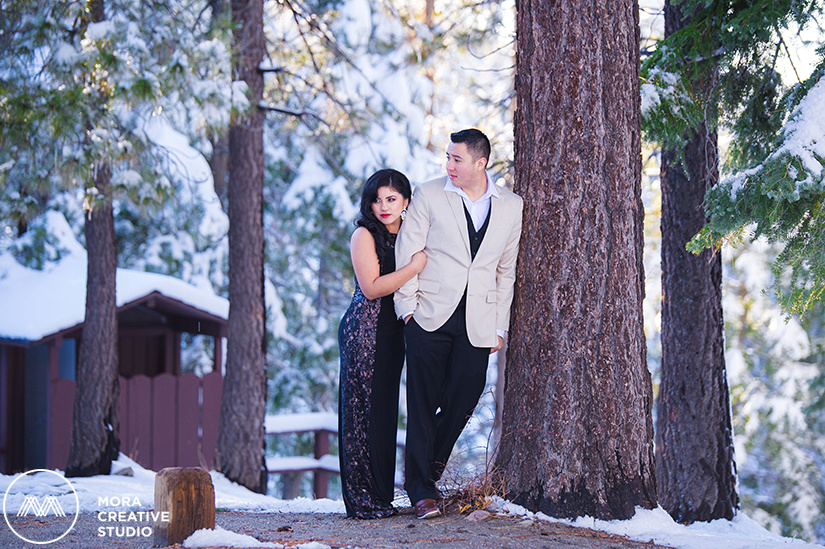 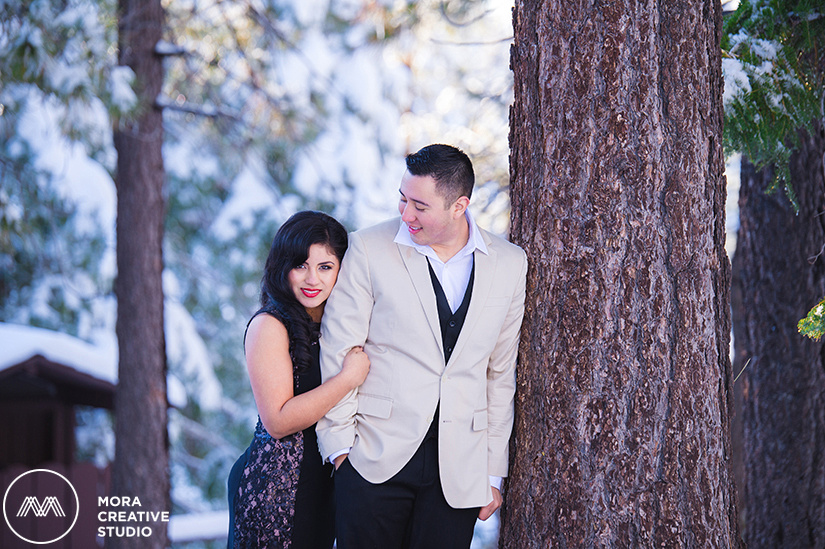 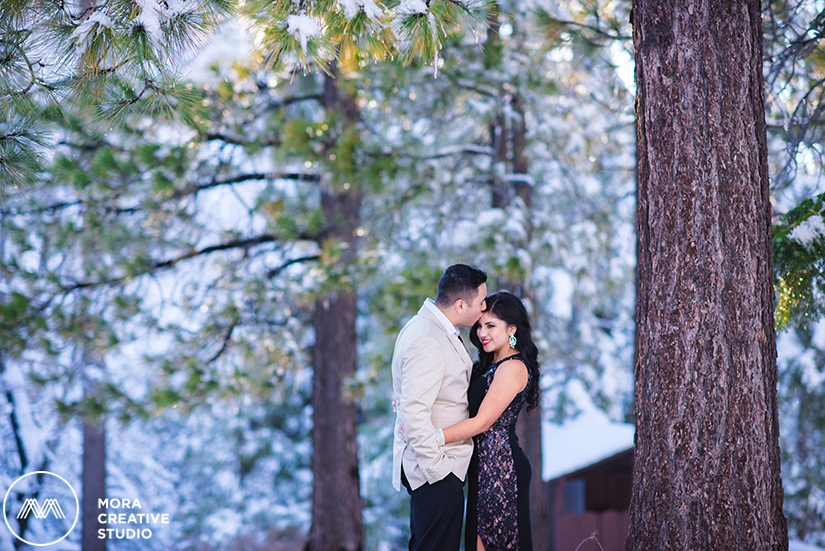 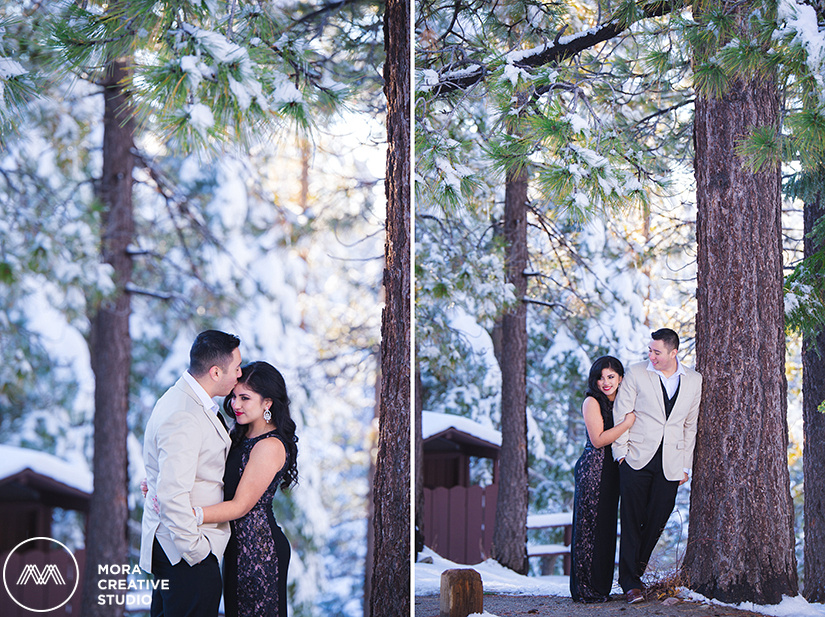 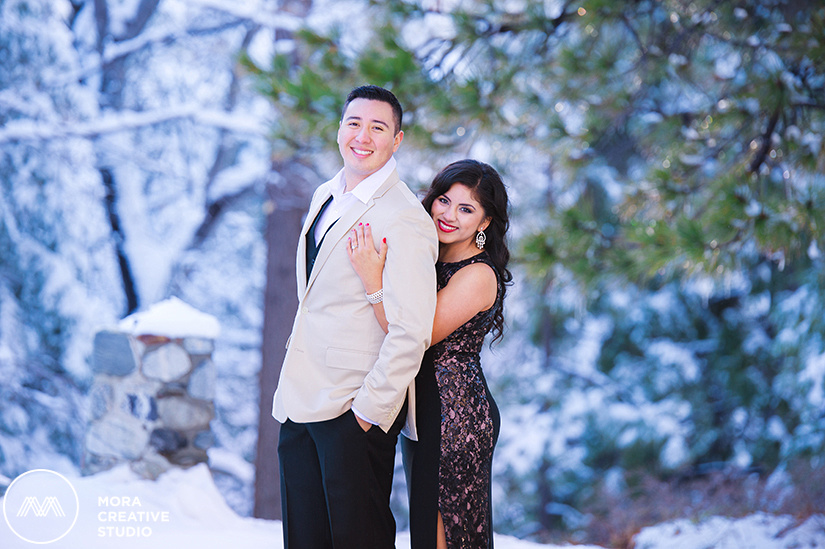 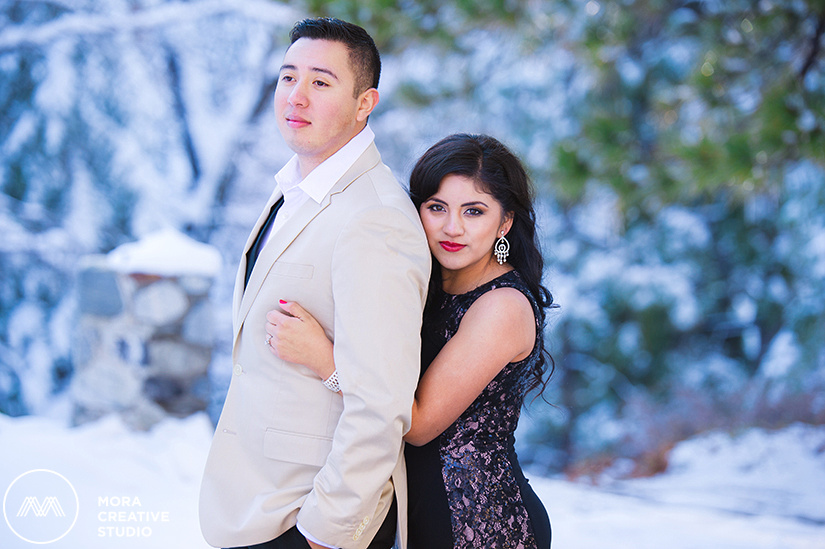 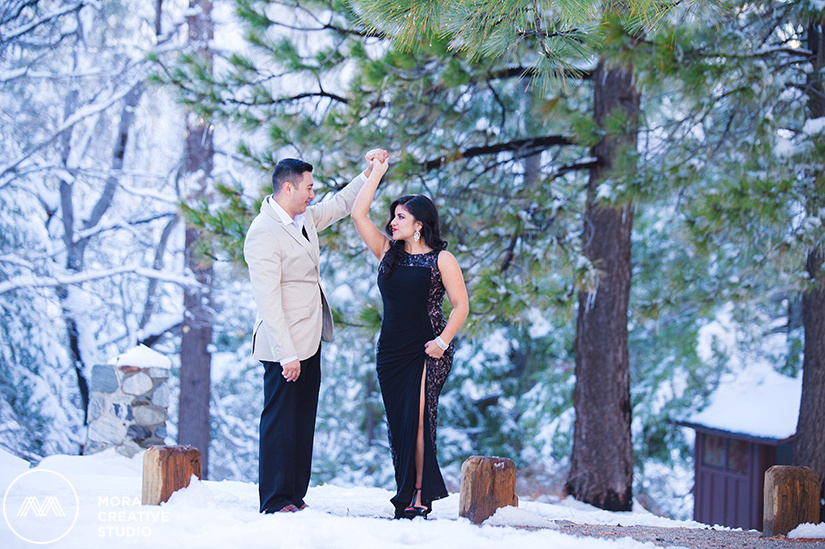 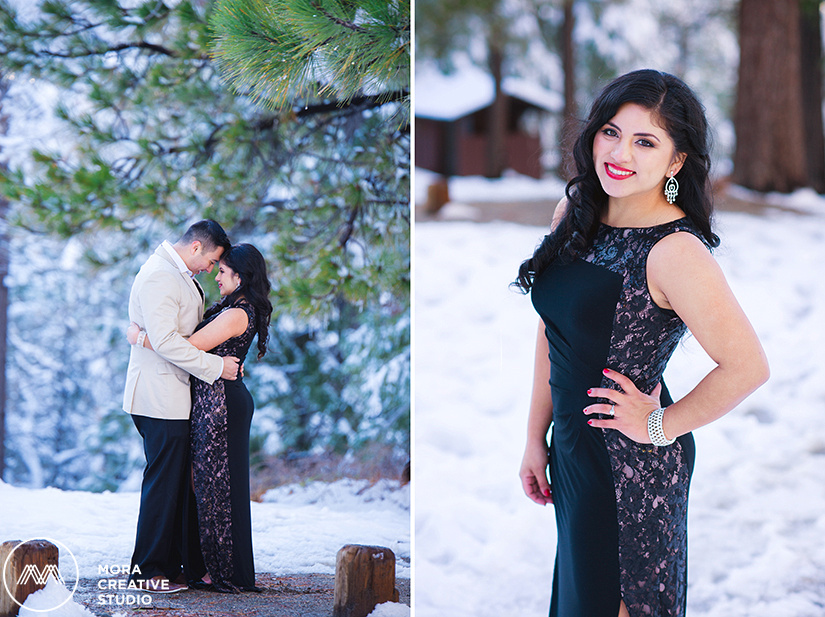 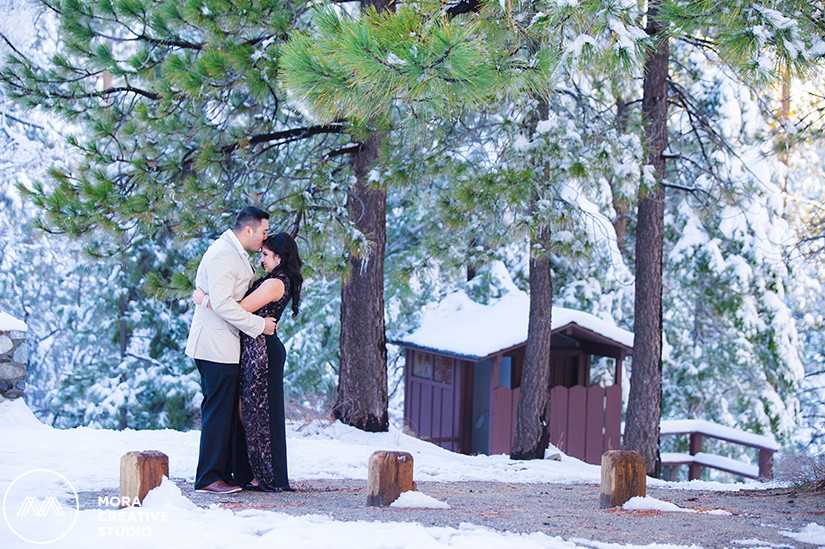 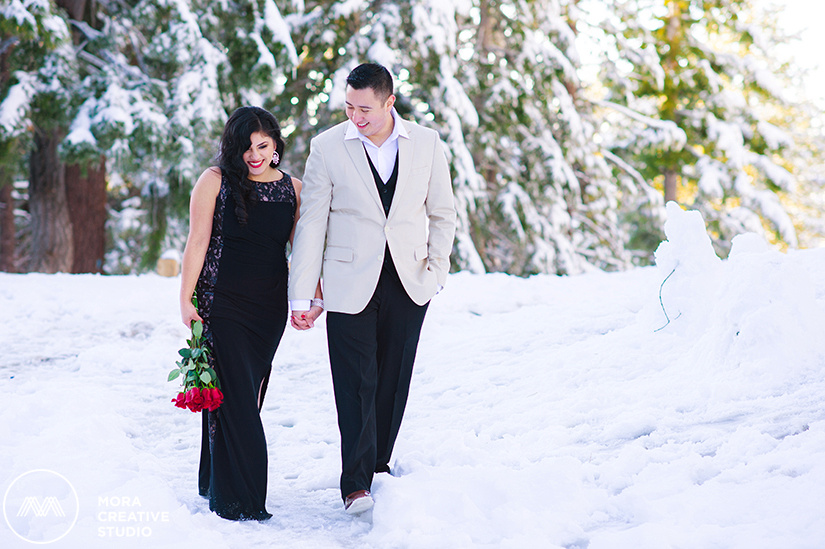 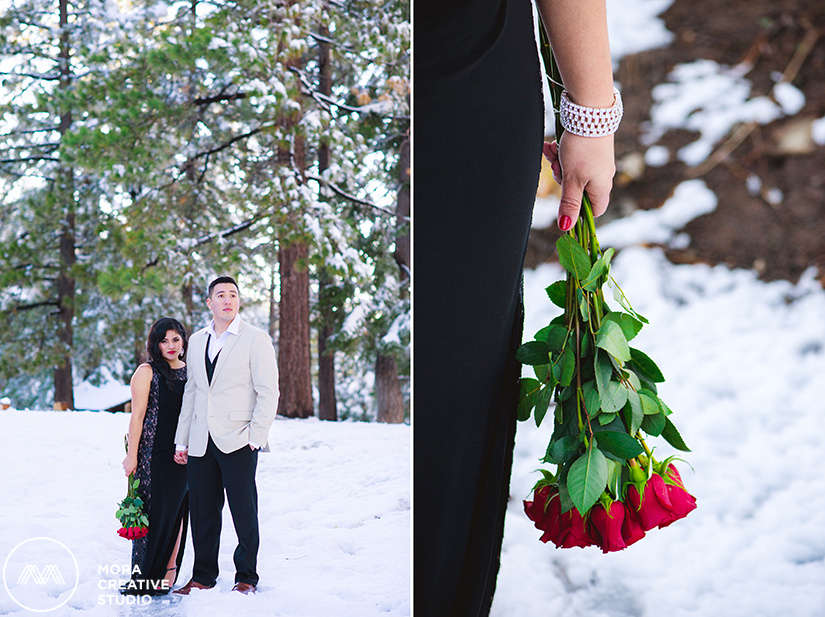 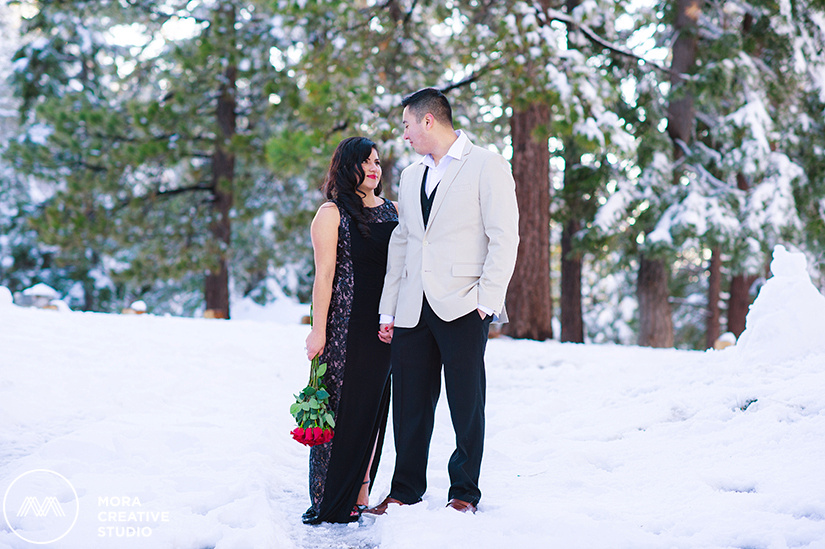 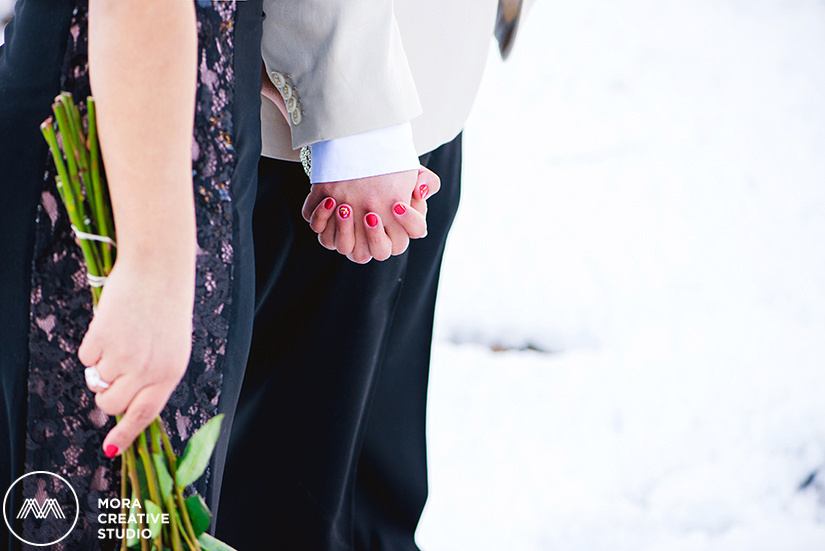 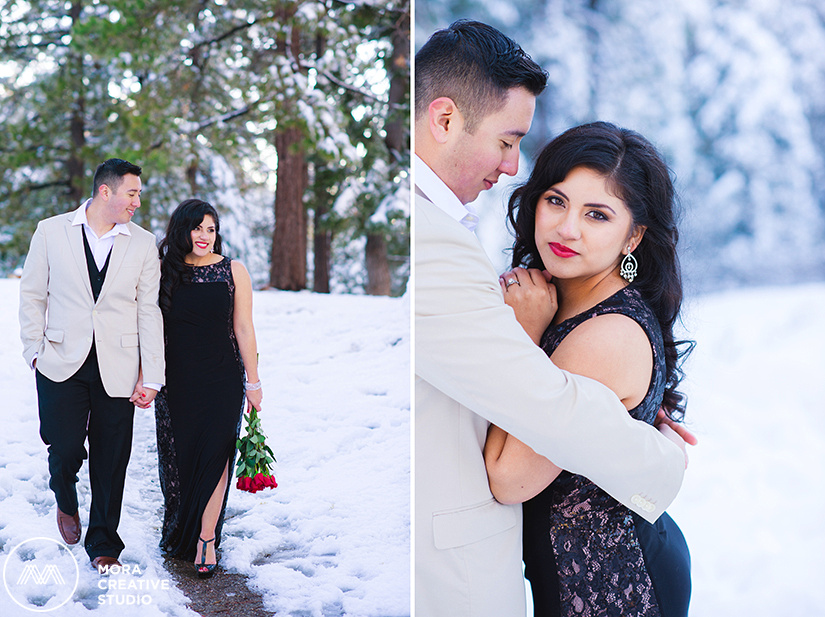 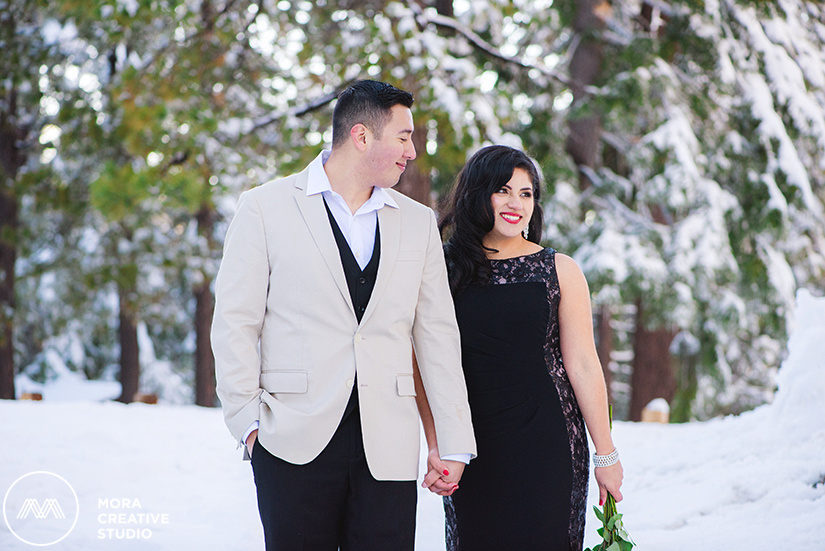 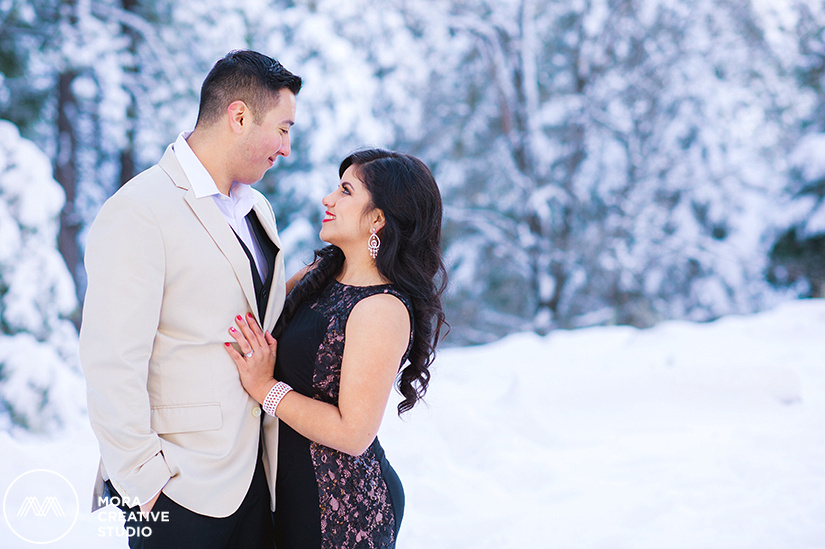 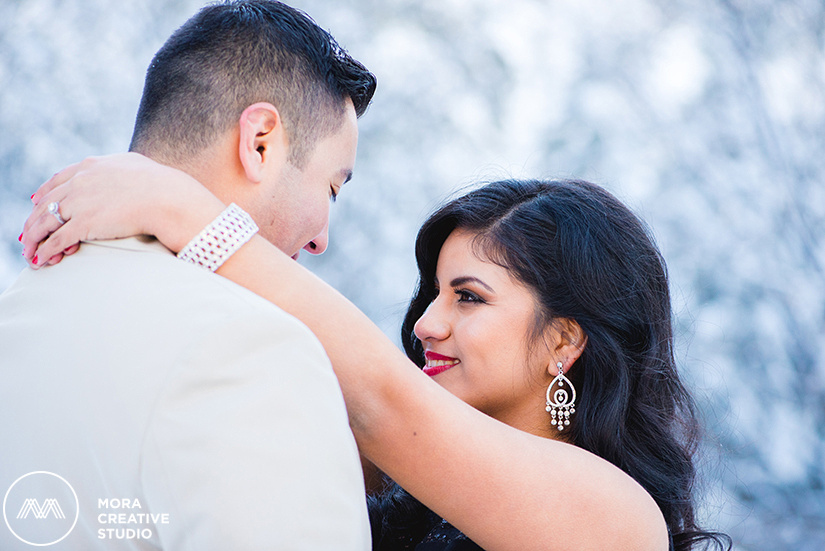 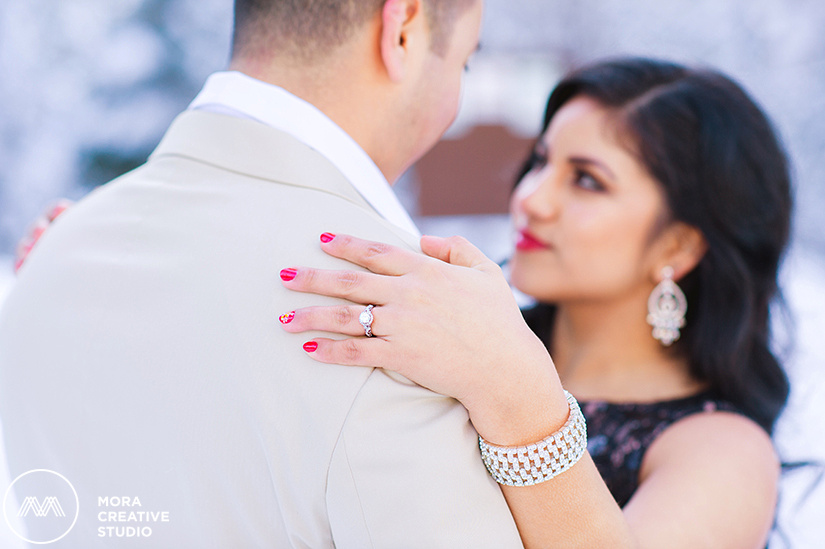 stay tuned for part 2 of their engagement session in a much warmer place...