Miguel and I have been friends for a few years now, and when we first met he was single. We would chat about how he had a desire to not just be married, but married to someone who would connect with him on a spiritual level. Miguel is a great guy, I love his heart for helping others in need, and I prayed for him to find that special woman who would fulfill his desires. Well Miguel found the love of his life at a church concert at the Honda Center in Anaheim, and I could not be more happy for him. Jenessa is an amazing woman, and they are great together.

Miguel is a super talented videographer and photographer as well, and filmed a promo video for us a couple years ago. I jumped at the opportunity to return the favor and capture his proposal on camera. He planned to take Jenessa on a date to the Huntington Library in San Marino, California, where he would set up a picnic date for them. If you have ever been to the Huntington Library, you know this place is like the Disneyland of plants and flowers. It is massive, and would take an entire day to walk around all the themed gardens throughout the place.

Miguel went the day before to scout areas so that myself and his videographer friend Alonzo could hide out to capture the proposal. He sent me a text with pictures of the spot that he chose for the proposal, and I thought to myself 'how hard could it be to find the exact spot?.' Let me tell you, it was much harder to find the little area he chose than I anticipated. Alonzo and I met up and thought we had found the exact spot Miguel picked out. Little did we know we were not in the right place, and actually about 10 feet away from the real spot. So although we were hidden and disguised, Miguel and Jenessa ended up walking right past us. I had glasses on and a fedora hat, so I played it off pretty cool, but Alonzo was posted up in some bushes with a tripod and long lens on his camera, paparazzi status. When Alonzo saw Jenessa and Miguel walking his way, he literall rolled through the bushes to the other side of the walking path. She did not see Alonzo, but did notice his camera in the bushes. She looked back at me and thought I was taking professional selfies or something.

All in all she did not catch on to the surprise proposal, or the fact that we were going to get it on camera, so it worked out okay. Below are some paparazzi style photos that I took of the proposal, along with a mini engagement session we did right after. Congrats Miguel and Jenessa! 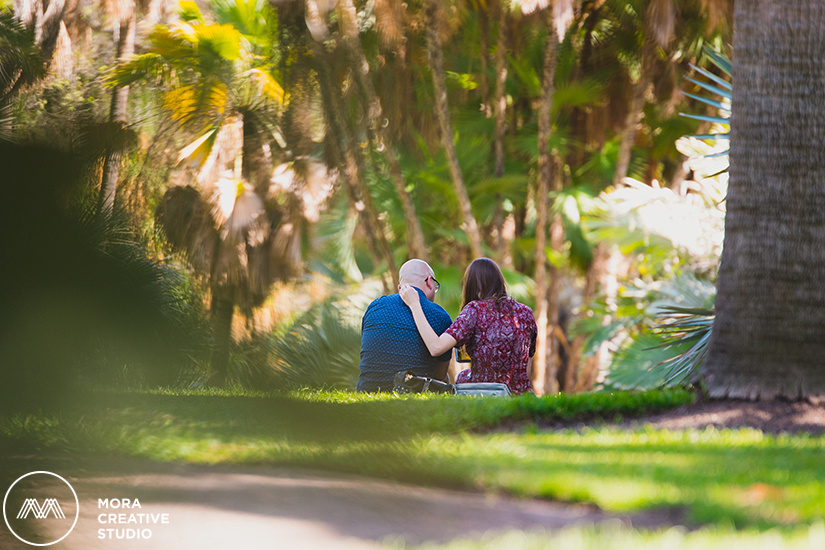 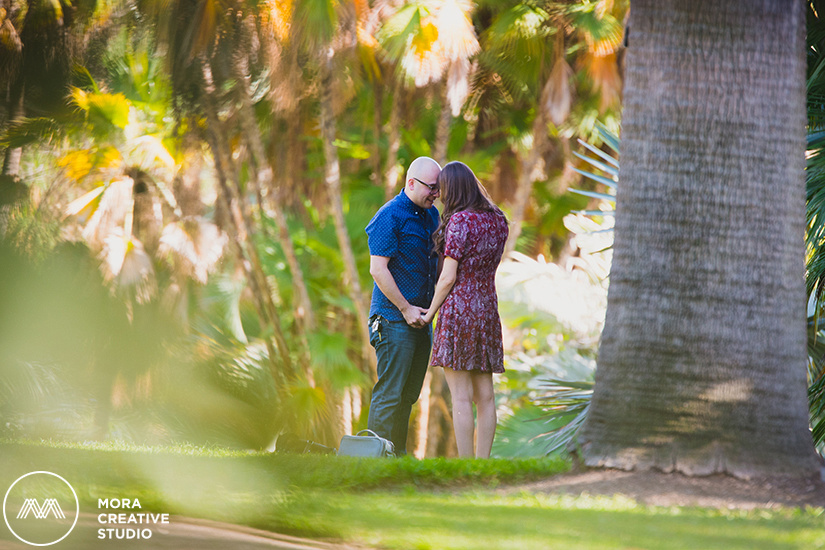 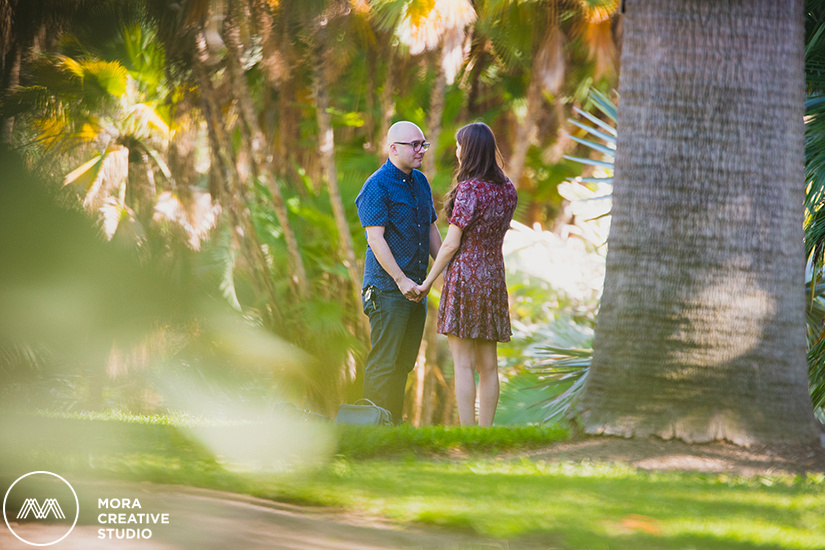 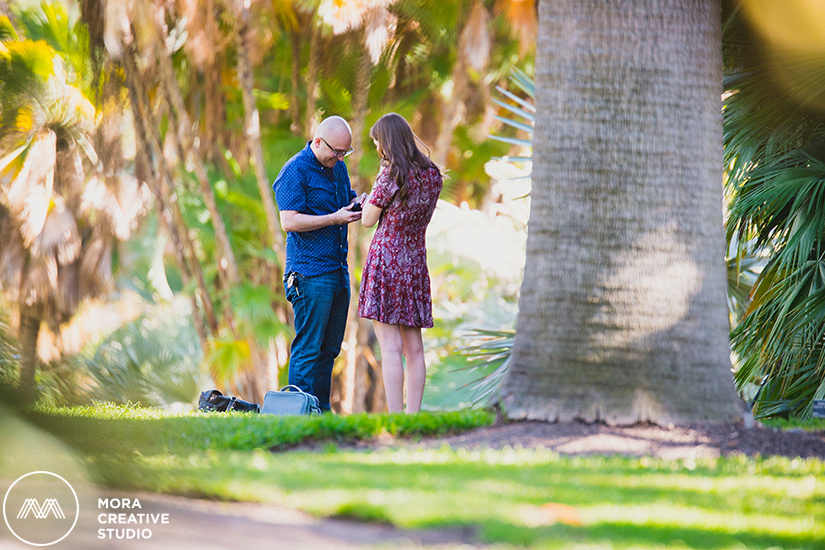 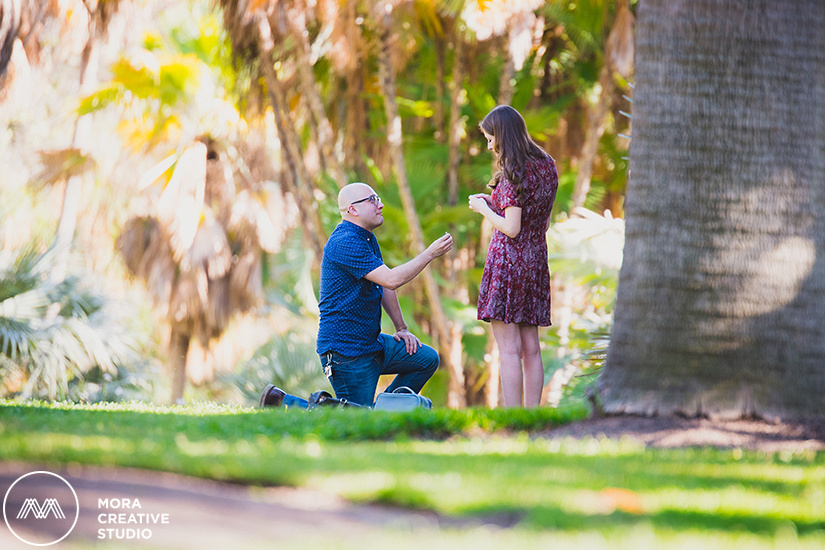 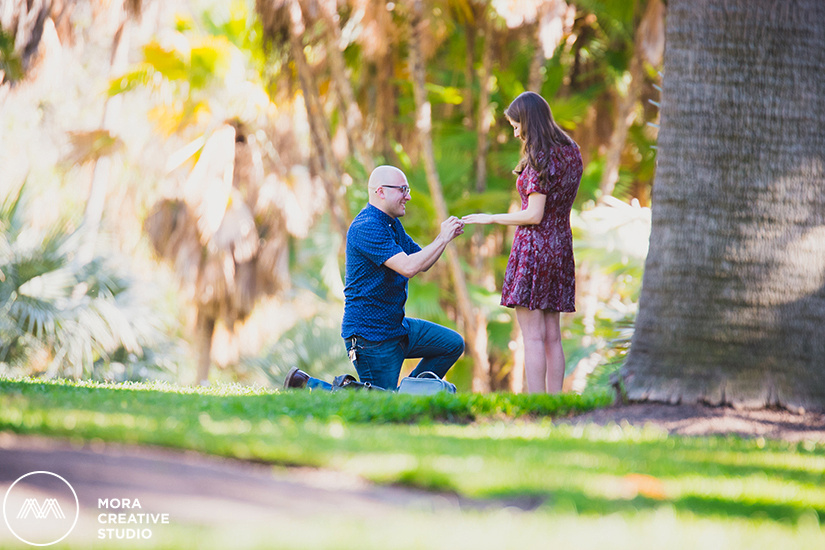 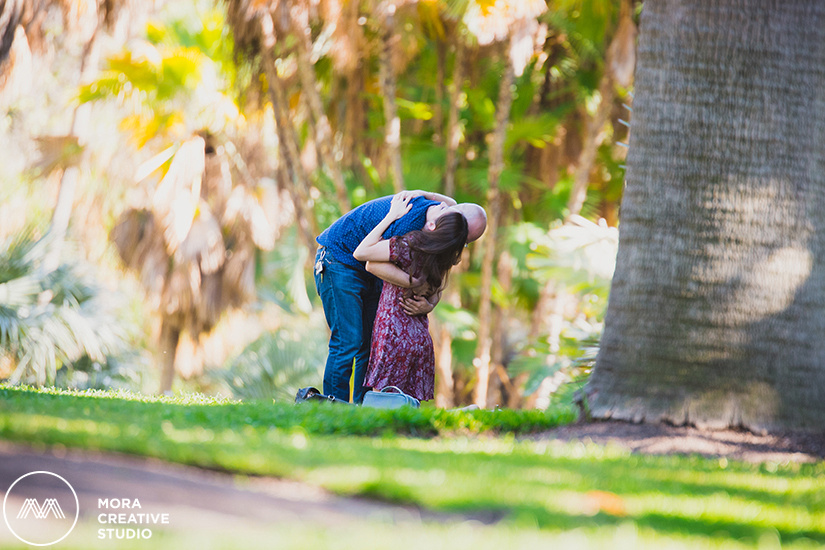 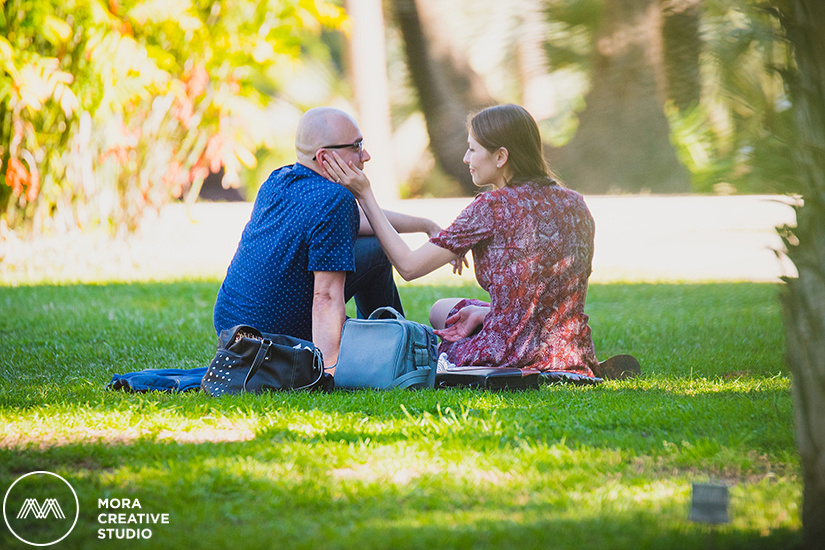 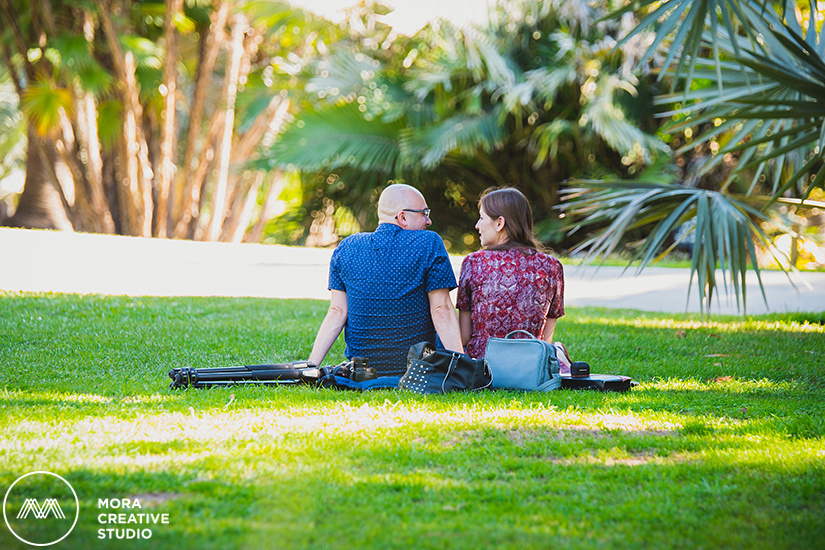 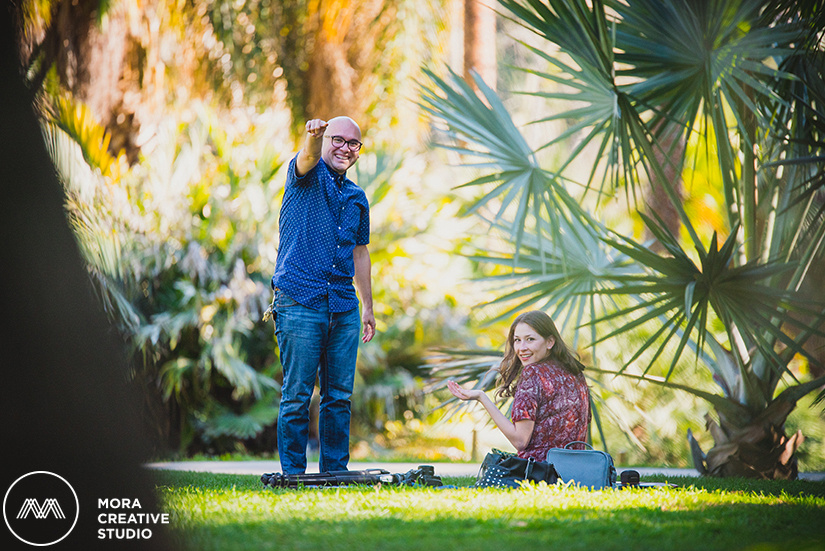 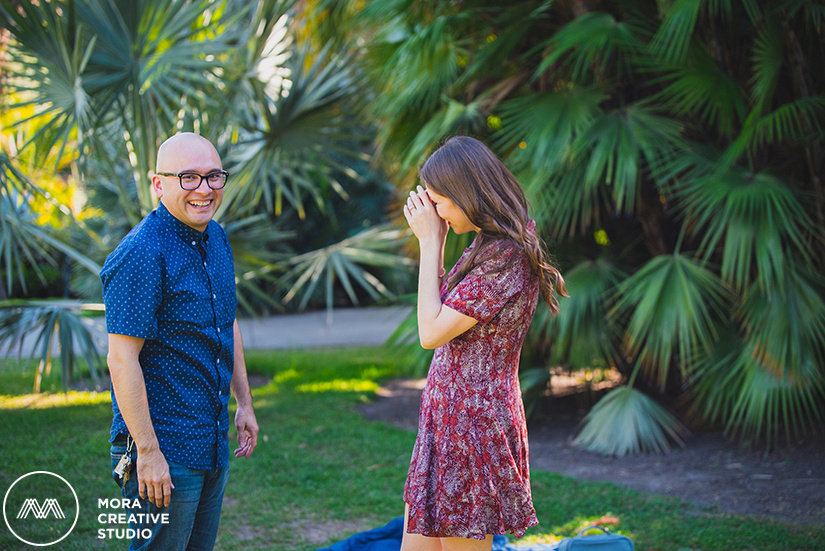 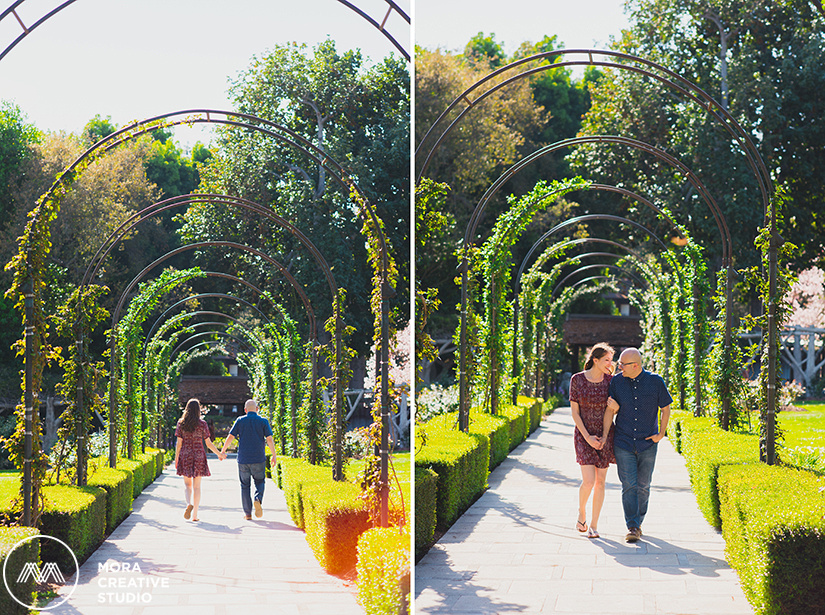 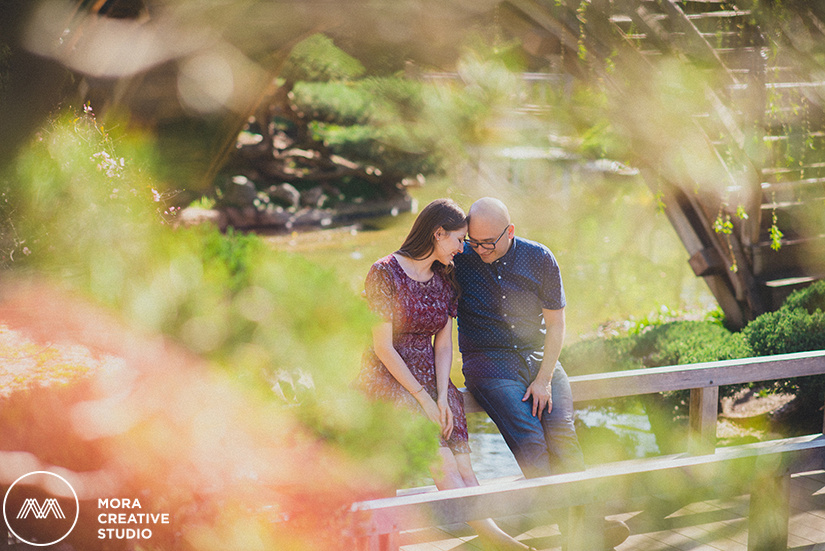 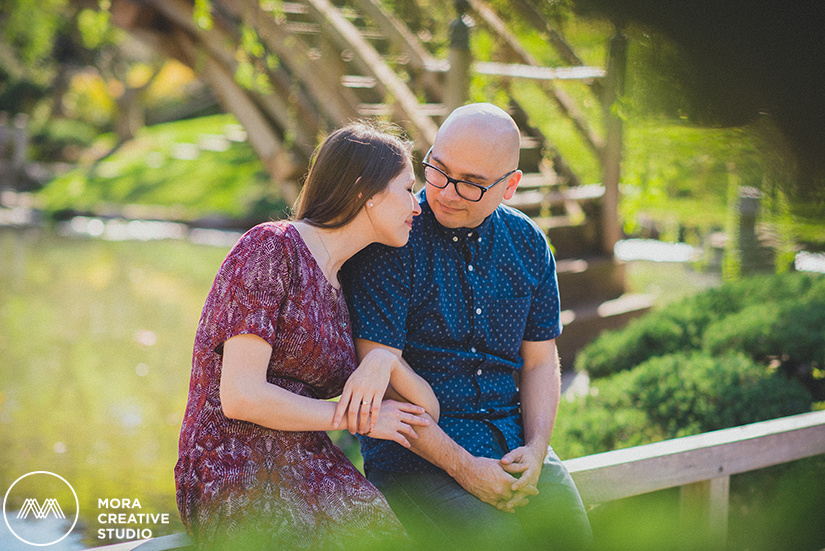 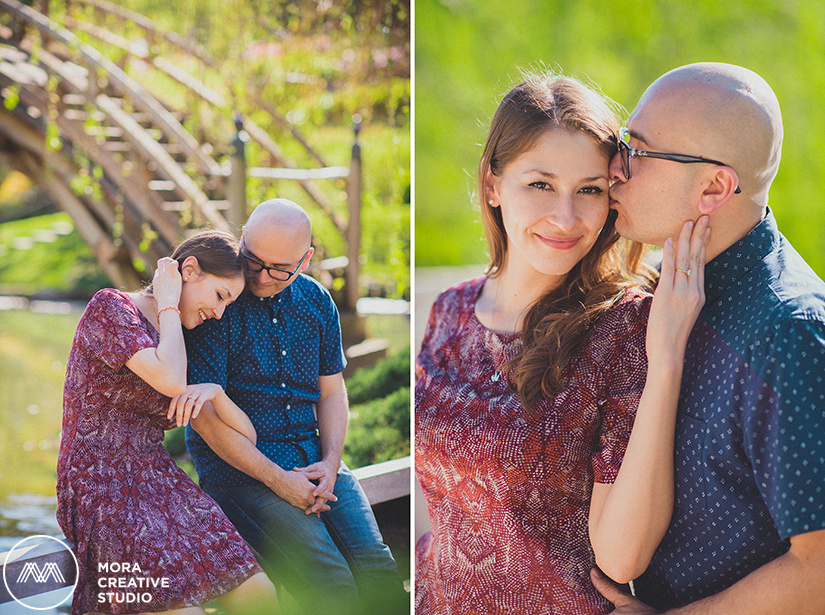 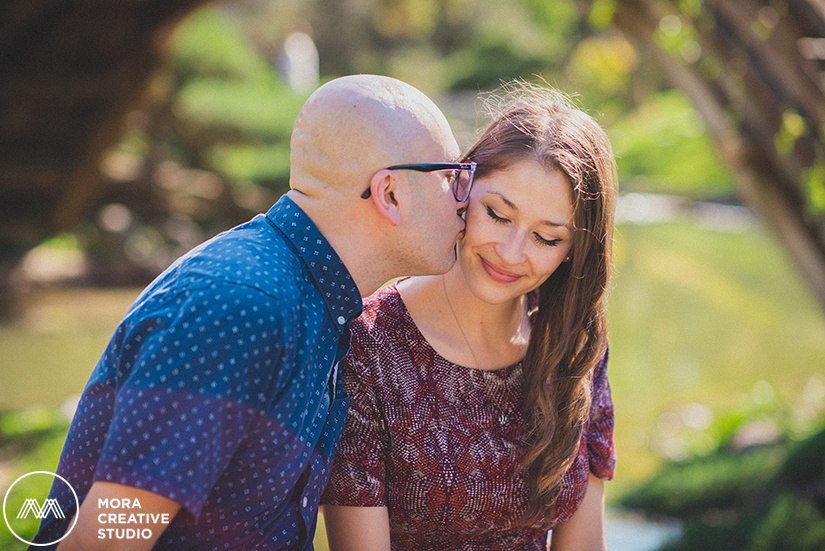 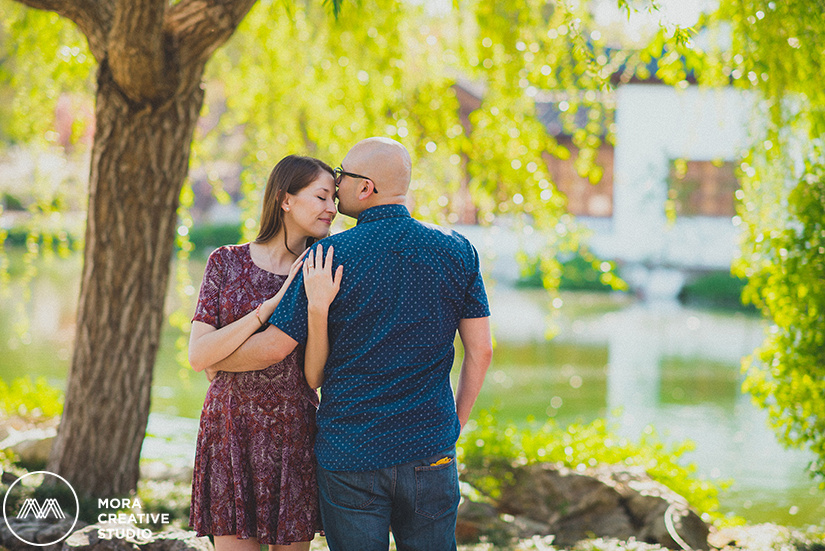 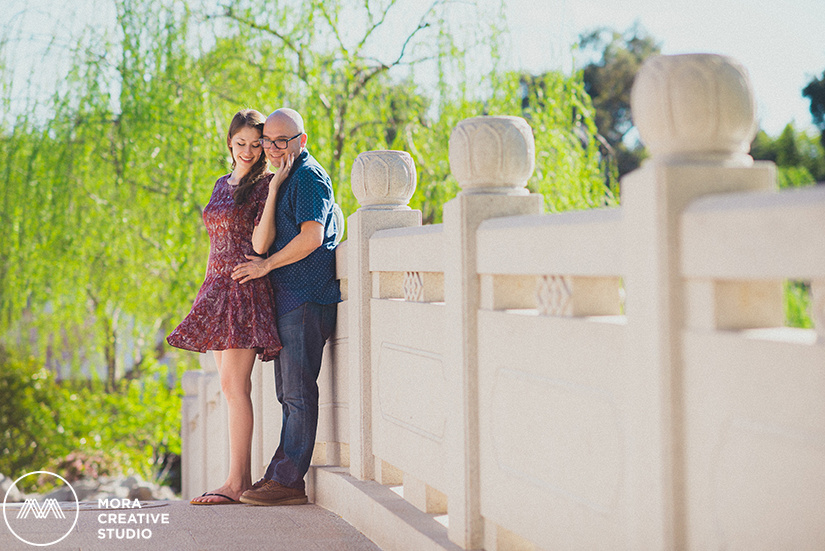 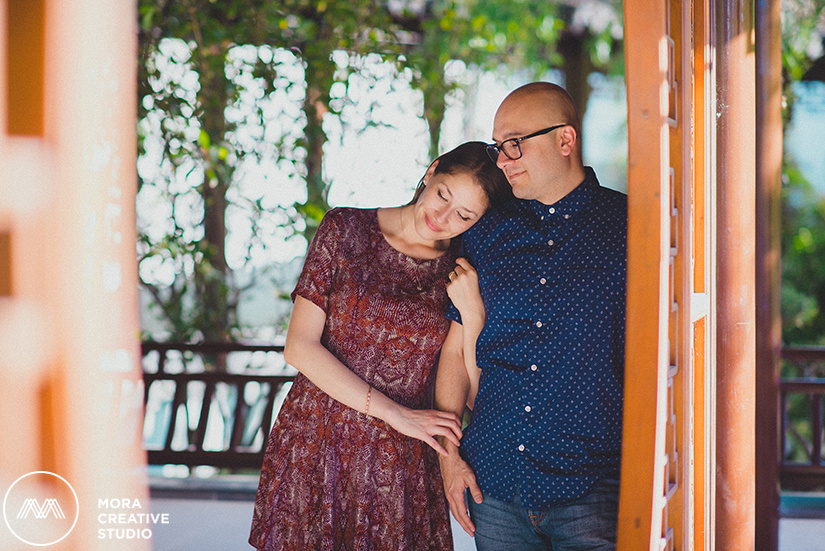 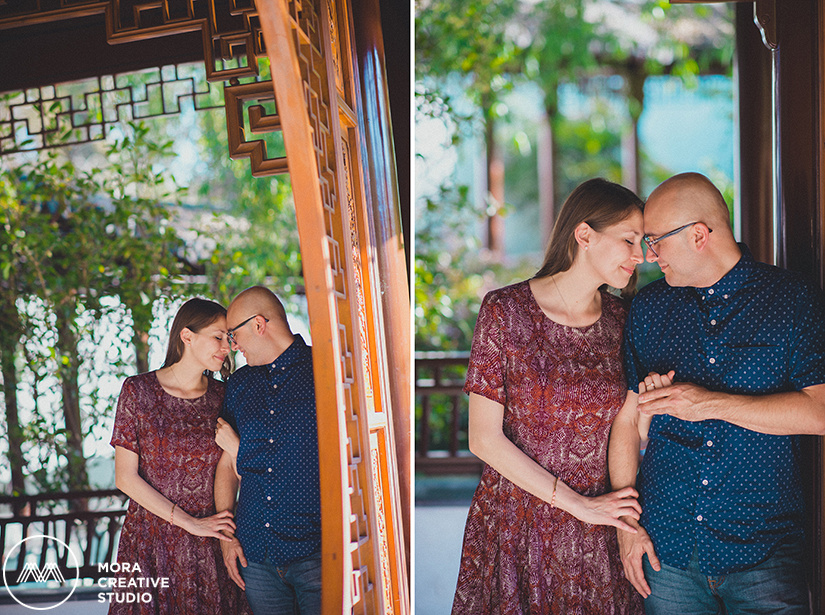 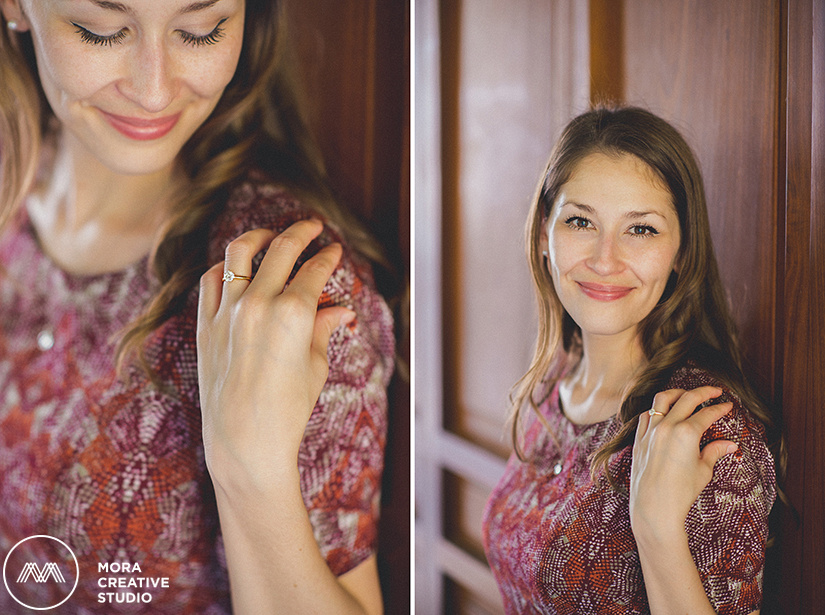 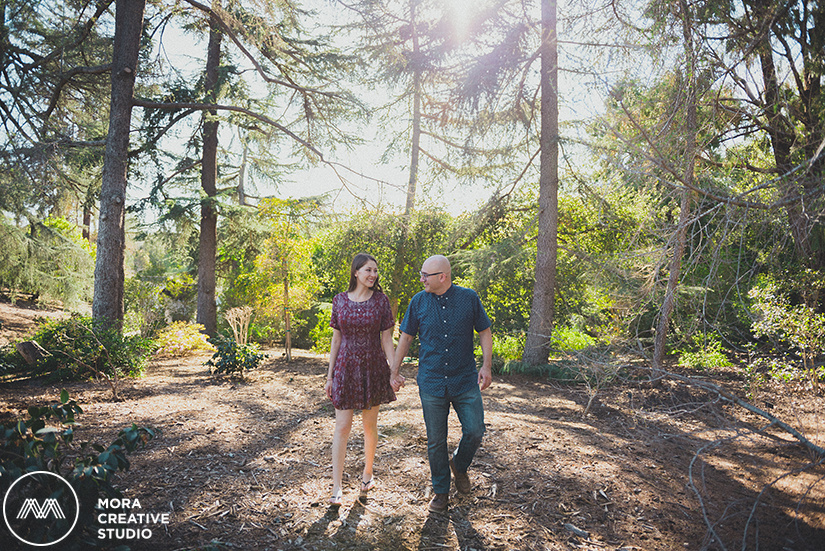 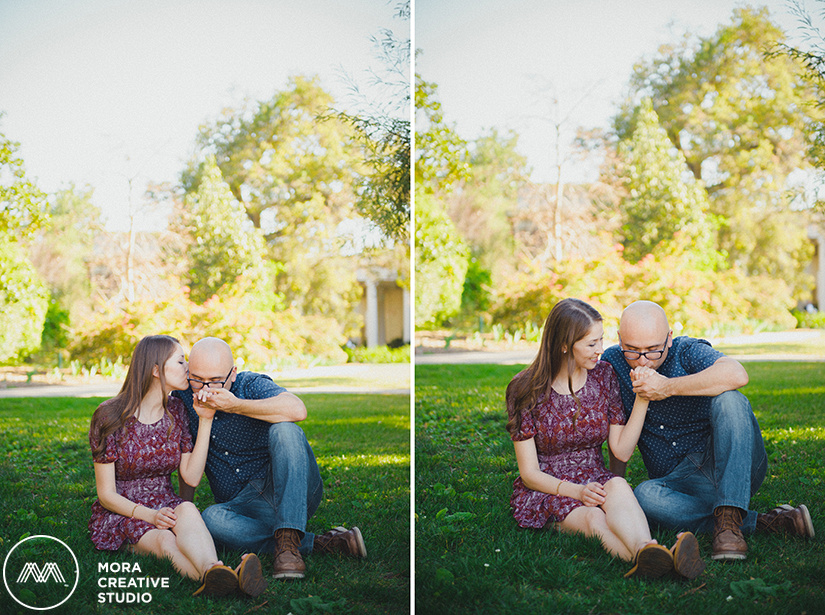 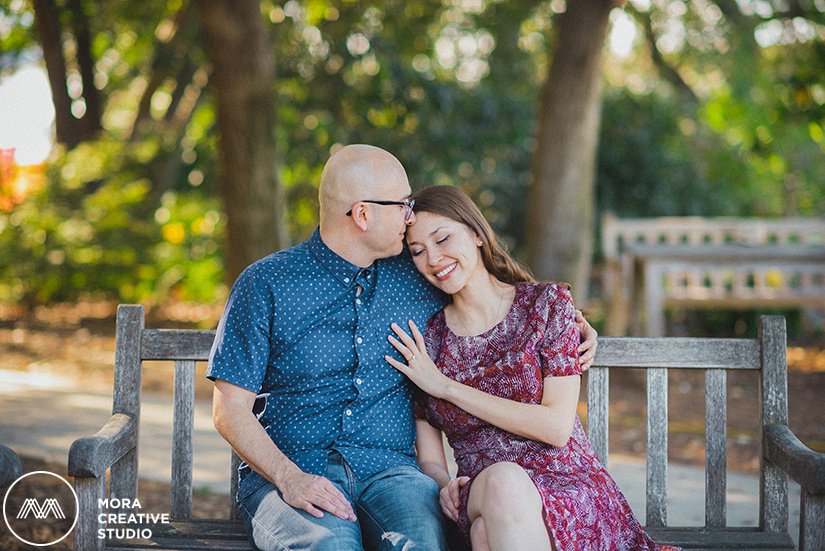 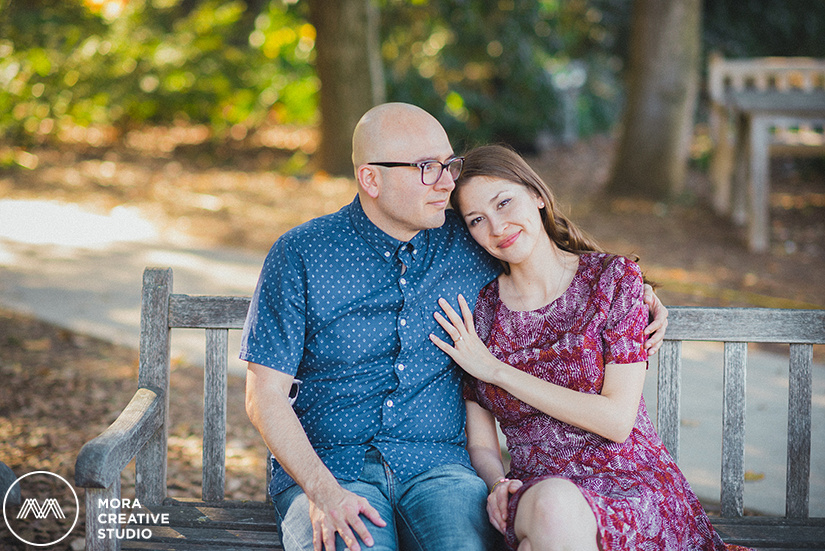 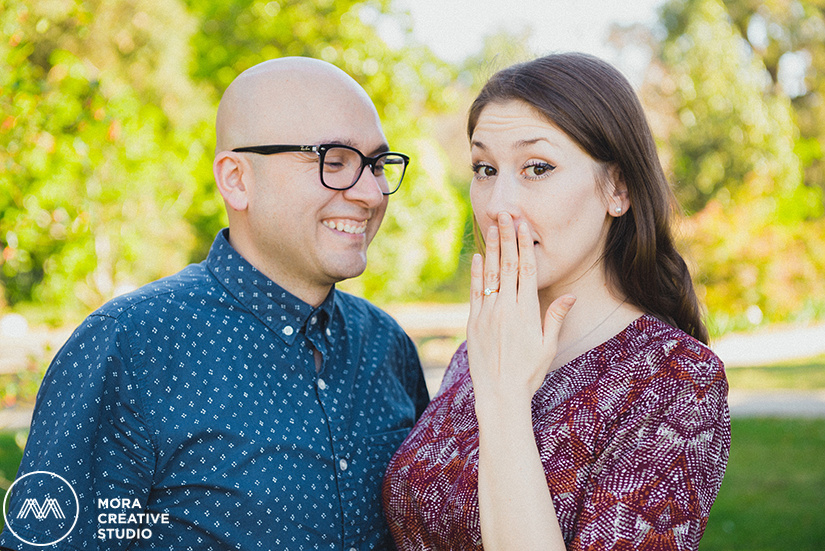 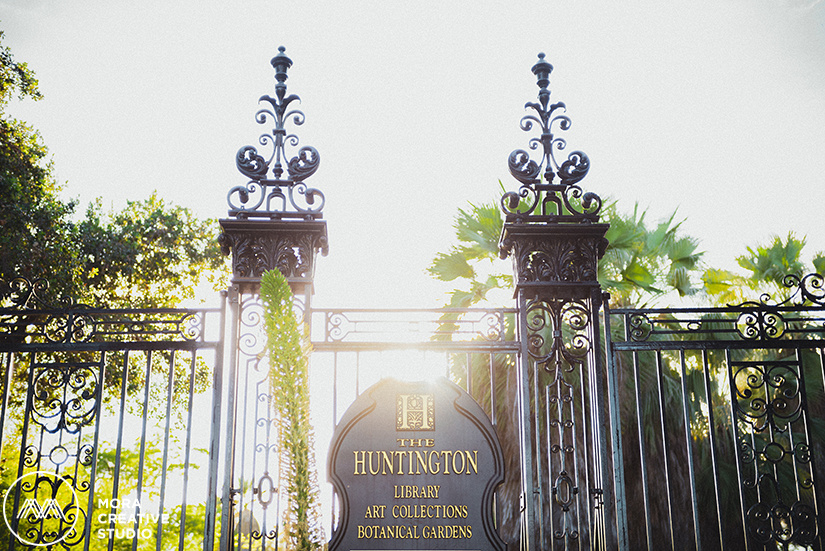